TurboPlay, DuoWorld and TurboForce were magazines that exclusively covered the TurboGrafx-16 / TurboDuo video game consoles. At the Archives, you can view page scans of articles, reviews, and advertisements printed in the magazines, newsletters and catalogs of yesteryear. 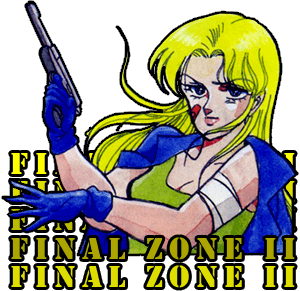 NOTE: Please enjoy the artwork and character designs from Final Zone II, too.

Over the years, it has become increasingly trendy to ridicule games such as Final Zone II. Admittedly, the North American coverart is horribly amateurish. The deeper truth, however, is that the entire soundtrack is actually quite lovely—if you give it a chance. We all have our own subjective views on music, of course, but there is nothing patently inept or garish or frightful about the music in Final Zone II. Sure, two of the songs feature vocals (a first for North American consoles, I believe), but the lyrics/music are no less insulting than your average Top 40 pop song.

IN DEFENSE OF: No amount of substandard voice acting or mediocre gameplay can detract from the pleasing music in this game. Open your heart. Open your mind. Shake the bitterness from your mocking tongue. Soon you, too, will be singing with me. With all of us. Open your ears. Judge this music for yourself. Don't puppet the tripe you read and hear elsewhere. Think for yourself. This is the chance you've been waiting for, comrade. Embrace the Truth. 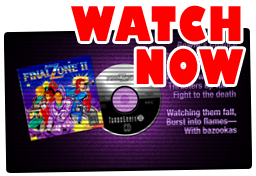 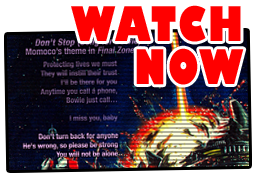 Now that the lyrics are displayed on the screen, you have no excuse for not singing along with these songs.

My brother corrected many errors in my original transcription of the lyrics.

Use headphones if you lack the courage to publicly profess your love for this music. I won't betray you.

A BRIEF HISTORY OF THIS PAGE: The bulk of this article was birthed years and years ago in a primordial incarnation of this page (the Final Zone II Music Appreciation Project circa 2004, but some things—such as my first attempts to document the lyrics—date back to 1999). I made up the song titles. I do not apologize for them. 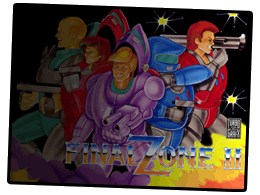 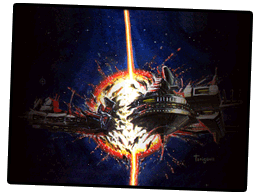 Also, I intend (ha!) to create some new Final Zone II wallpaper…upon doing so, I will have truly resussitated this ancient project from the rubble of yesteryear. Until then, this (…and this and this and this…) are the only artifacts from the old project that appear to have survived. Finally, please note that "Final Zone 2" is not the proper title of this game, but I mention it here to improve results via search engines.

This is the English-language version of the song that appeared on the North American TurboGrafx-CD version of Final Zone II. I would love to compare them to the original Japanese-language lyrics, but this will only happen when someone fulfills my dream (of transcribing the Japanese lyrics & translating them into English). 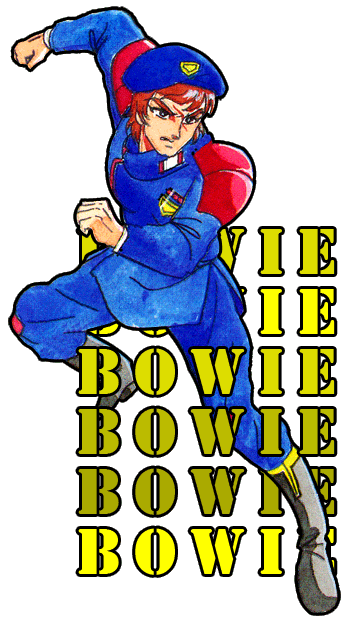 Forward we march,
Thrusters up full—
Fight to the death

Watching them fall,
Burst into flames—
With bazookas

Let's…
Carry before it's late
We will not miss it all—
This chance.

Bowie,
This is the chance
That you've been waiting for
A dream of home you can't ignore

Can't you see
You have the floor,
Open the door… 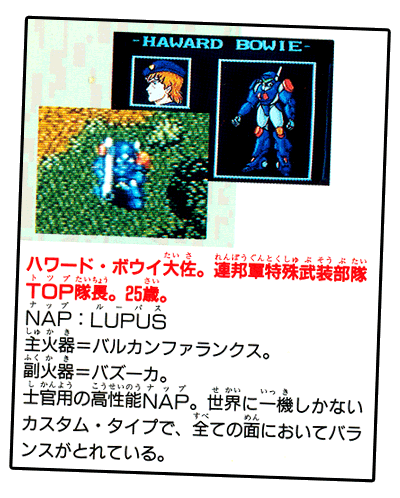 Many, many years ago, I asked my brother Michael to help me decipher the lyrics to Bowie's Chance as well as Don't Stop (Song for Bowie). What you see below is a copy-and-paste from the original webpage I made eons ago.

(1a) Originally, I thought the third stanza was…

Let's…
CARRY ON before it's late
We will not miss it all—
This chance.

(1b) But my brother Michael, after contemplating more pressing issues, finally got back to me and said…

"In the third stanza, he actually sings:

Let's…
CARRY before it's late
We will not miss it all—
This chance.

Of course, your line sounds more natural and conversational, but there is no space or time in the song to fit the extra word "on".

Furthermore, the next line is six syllables, and this would match up with the six syllable line "Carry before it's late". Actually, by adding the word "on" you have changed the meaning of the line; I just looked up the word "carry" in the dictionary, and it has a million definitions.

Interpret it as you like, but "carry" can also mean "to reach or penetrate"; "to keep and follow the scent (as a hunting dog)"; "to gain victory for"; "to hold on to and follow after (as a scent)"; etc.

It might sound odd, but the line is grammatically correct."

(2a) Initially, I thought that the song closed with… 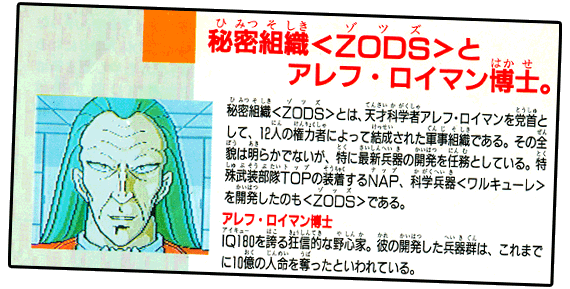 (2b) But my brother Michael elucidated…

"For the last line, you wrote "Crush! …destroy your man" which makes perfect sense and sounds correct, but the singer actually says:

…which he pronounces almost like "ROE-MAN". Of course, Dr. Alif Ruman is "your man"—according to the instruction manual, Ruman is the head of "ZODS", a secret military weapons society specializing in ultra-modern weapons. Ruman created the NAPs (New Age Powersuits) that Bowie (and fellow members of TOP) are outfitted in, for example."

Needless to say, I have been listening (and re-listening) to these lyrics…and I honestly can't determine if the singer says "Ruman" as my brother argues or, "your man", as I originally thought.

Again, this is the English-language version of the song that appeared on the North American TurboGrafx-CD version of Final Zone II. 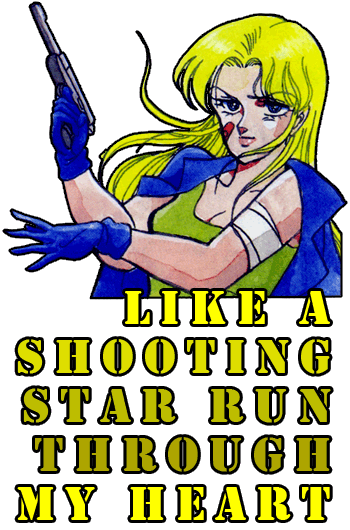 I know you're there,
Because you care
about the Revolution

Protecting lives we must
They will instill their trust
I'll be there for you anytime you call
a phone, Bowie just call…

I miss you, baby

Don't turn back for anyone
He's wrong, so please be strong
You will not be alone 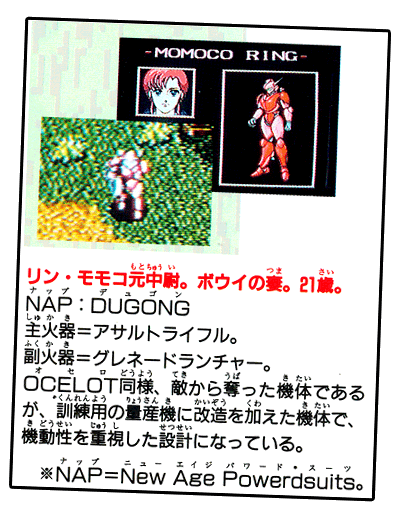 (3a) Initially, I thought the lyrics in the third stanza were…

Protecting lives we must
They will instill their trust
I'll be there for you anytime you call
DON'T FALL, Bowie just call…

(3b) But, naturally, my brother Michael astutely observed…

"After listening again, I am convinced that she sings:

Protecting lives we must
They will instill their trust
I'll be there for you anytime you call
A PHONE, Bowie just call…

This might sound redundant, but perhaps the Japanese translator was distinguishing an electronic call from an ordinary call in person?"

Ultimately, I incorporated all of my brother's suggestions into the finalized version of the lyrics. The only awkward/questionable phrasing is when Momoco implores Bowie to use "a phone" to call her.

This page is a WORK IN PROGRESS… ▲

I would love any help you can offer! Have you deciphered the definitive meaning behind the lyrics? Do you know the artists who sang in the North Amercian versions of the songs? Please contact me and I will hug you.

For the most up-to-date information, please consult the Final Zone II Lyrics, Music & Artwork thread at pcenginefx.com. Thank you for visiting!